the story of the beast with those four dirty paws

My father always told me brief stories about where he grew up, in a tiny tiny village deep deep within the mountainside that still remains unmarked on maps today. It always seemed like a fairytale, or at least a sort of living you read about in outdated history books. I imagined a small, stone house nestled high within a clustering of mountains and valleys and a simple simple yet quite beautiful and peaceful kind of living. Well, I finally had the chance to make the trek into the mysterious place my father grew up and I have to say…it was nearly exactly how I had imagined it. 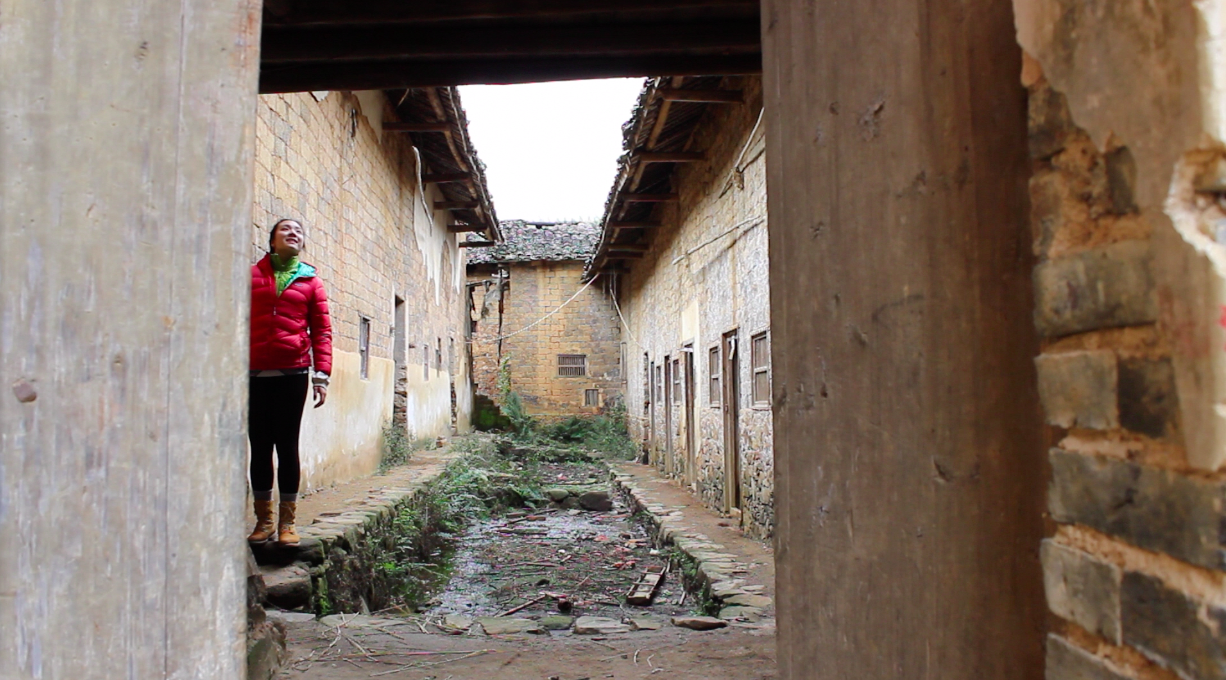 Story interlude: we were chugging along driving to the village; I was quite surprised that we could even get to it by car since there were no roads whatsoever 15 years ago. After zooming up and down small roads and sharp turns we were met by the delightful news that a bridge—the only bridge leading to where we needed to go—was under construction. Half of it was taken down so that it looked impossible to fit a sedan through. "No worries!" though, the villagers shouted, "you can certainly pass!" Folks, even I was doubtful, but as I have learned, you may as well trust the villagers if you have no other choice—we made it across.

I won’t go in to the nitty of family history quite yet, but basically my father grew up here with his foster parents who love him more than I’ve ever seen his real parents do. It was a heartbreaking sort of experience, meeting them again as an adult capable of comprehending the complexity of their situation rather than as a 5-year-old child excited to play with chickens (I was still, however, very excited to play with chickens). Their soft spoken kindness and generosity brought me to tears. 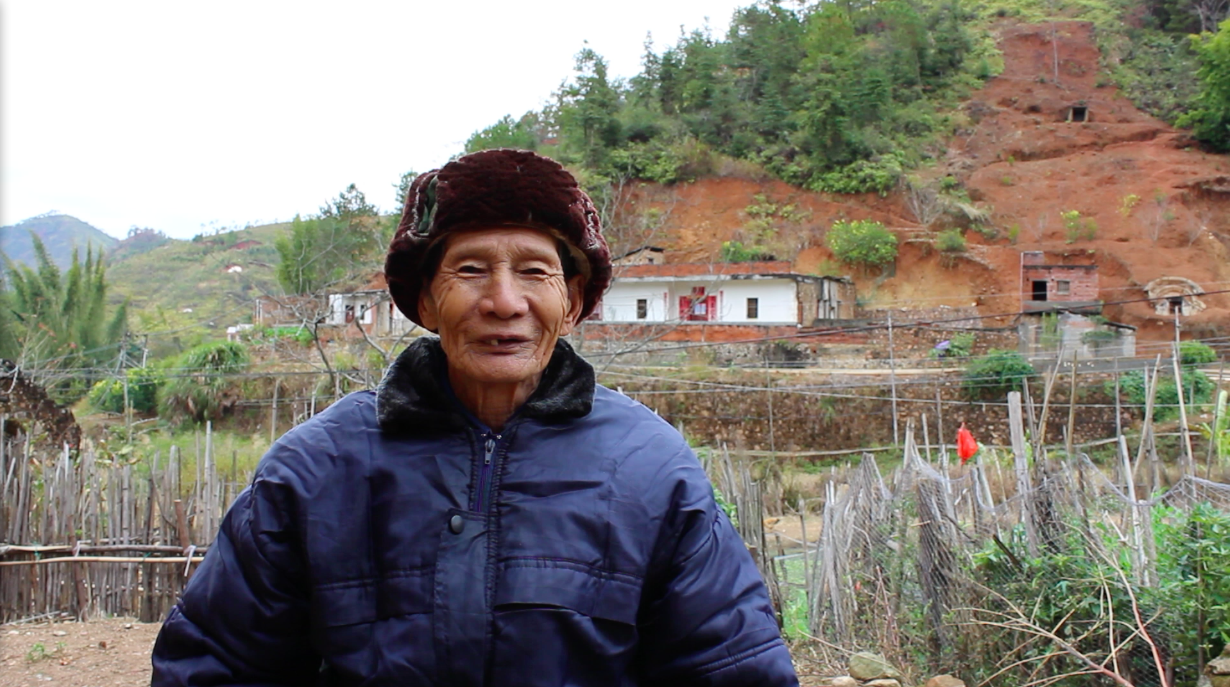 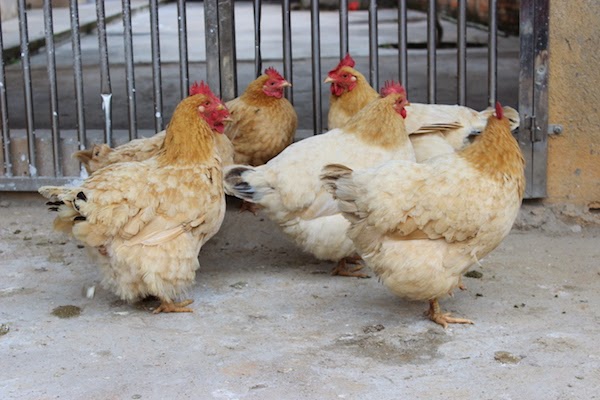 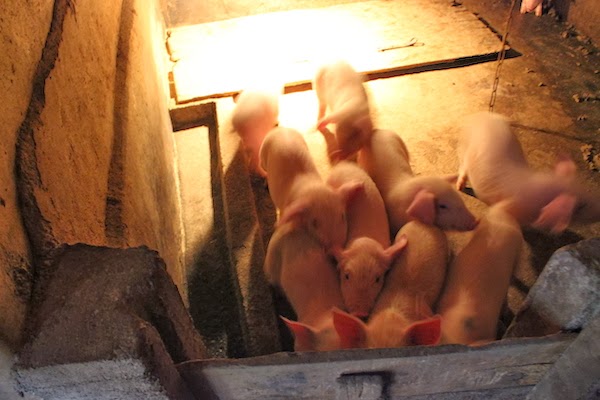 The lifestyle is simple but the air and the water are lovely fresh here, untouched yet by neither smog nor (unfortunately) modern thinking. It broke my heart to meet their youngest daughter—beautiful, clever, hardworking—who is already a grandmother and obligated to stay in the mountains to raise pigs, just because she is the youngest. And a woman. Sun sets rather quickly in the winter time, where it’s off to bed to drift off to sleep before one is too aware of the cold that creeps into every orifice of the stone house during the night. 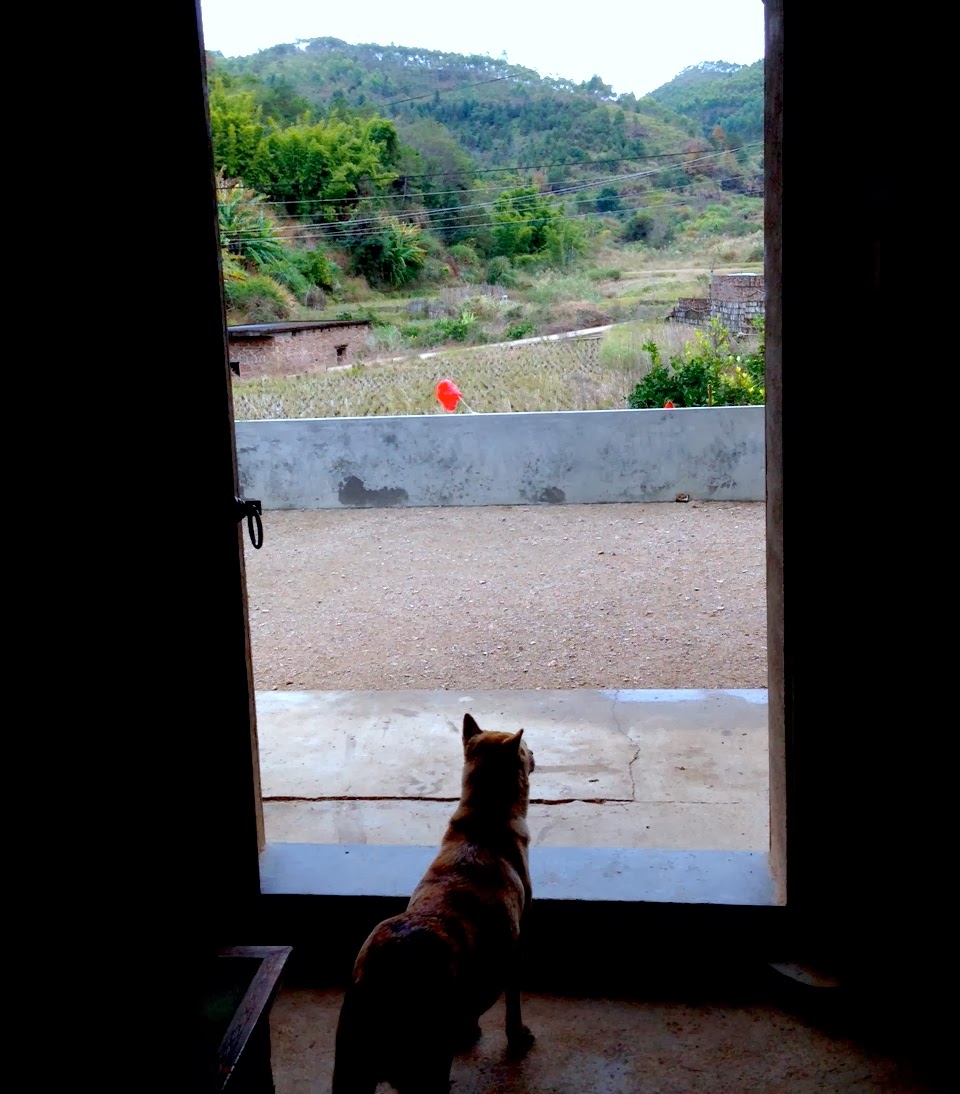 There is not a beast but a loyal pregnant dog that lives with my foster-grandparents here and helps watch over the pigs. She became my fast friend, accompanying me as I went around to explore. She gazes out into the mountains every now and then, just as my grandpa does, pining each day for my father to return.

a happy january 1st in Beijing

A couple days after I returned from the countryside I zoomed off to the good ol’ capital of China on the high-speed rail, which went about 305km/hr. I had the good fortune of sitting next to a baby the entire ride there who took an immediate liking to me. Truly a miracle.

After 10 hours, I arrived in Beijing! West. A different railway station than I had planned. And I quickly learned that Beijing Mandarin has a very different, unique twang (rrrrrrr) to it that led to a very, very, very confusing first conversation between me and a taxi driver who was not having it trying to understand my Hakka-not-Mandarin-English hybrid of a language. Talk about a crash course in Mandarin. Fortunately we eventually settled on a good drop off point nearish to the hostel I was to stay at, and only after an hour of being lost in the dark hutongs of Beijing did I find the shining beacon of the hostel, and Peach, a very nice yet sassy receptionist. It was smooth sailing from there.

The next six days were a combination of fast learning and fun adventures, both alone and with my friend Ashton who is currently teaching English at a school in Daxing, Beijing. Highlights include learning to haggle (sort of), becoming a “regular” at the noodle place at the end of my hutong, befriending local convenience store owners, managing to communicate with locals and sometimes even passing off as one, making new international friends, and of course discovering much of what Beijing has to offer. It is a magnificent city indeed, with its imperial ancient history never for a second falling under the shadow of the prominent and proud modern architecture, of the city's current age of rapid development.

Highlights of local exploration and blind navigation include:

New Years, which, by the way, the Chinese in China hardly bat an eyelash at. So happy January 1st and good tidings to you all. Sincere apologies to my nice new Canadian friends whom I severely misinformed, by saying that there would probably be “fireworks or something cool!” at Tiananmen Square on new year’s eve, which there were not. The real new year’s this year is January 31st, where the whole country will go bezoomy during weeks of celebrations.

And now an interlude of some #solo #outfitrepeating travel pictures:

While the temples and the Forbidden City were certainly magnificent in their distinctive Chinese architecture and style and grandiosity, the Great Wall was definitely the most thrilling experience. At the peak of where we climbed, the wall seemed to wind on endlessly, intertwined comfortably with the mountains. I often stopped to stare off into the distance that hazy day, imagining what it must have been like to walk these walls when it stood for its original purpose.

Another unexpectedly fun part of seeing the Great Wall were the sliding cars! which slowly lugged you up one side of the wall in a slow, rickety-kind-of roller coaster seat in an unfinished carnival-sort-of vibe. Still fun though, highly recommended to avoid climbing too much as some steps near the top of the wall were up to my knees. Would be an epic venue for stadiums.

Well, after this brief hiatus from blog writing I now find myself overflowing with things to say about all that has happened so far. Now, with a steady-ish interwebs connection for once, I shall do my best to share some great experiences. In summary, after landing in Shenzhen I was off to Xingning, the heart of Hakka culture in the mountains of the south. There I stayed with my aunt’s family and spent weeks finding relatives and my mom’s old friends, which included an incredible journey deep into the mountainside as well as days spent late in small, rural villages where my parents grew up. In these weeks I collected some magnificent b-roll as well as a few crucial interviews for the film. Woohoo! More on the filming and villages later, for now I’ll just narrate the ridiculous adventure I had in Beijing. Who needs chronological order? 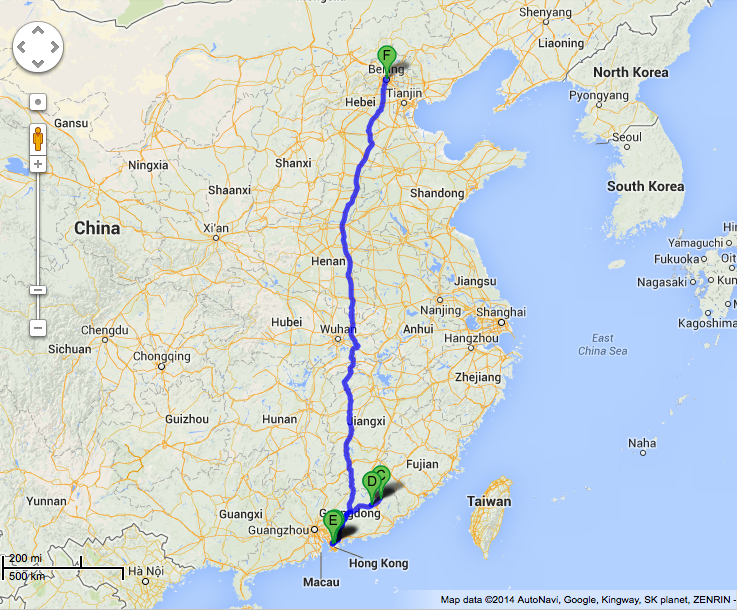