"Rebel t3i Without A Cause"
by Lisa Luo

Mr. Man riding your mo-ped
in the middle of the highway
with not-one-but-two gas cans,
strapped to the back;
that is not safe, sir.
And please stop trying to cut this bus off.

Life in China is a dirty free for all. There are so many people everywhere that it is socially acceptable to do things like, shove your way into an elevator or subway train before letting people out, or nudge your way to the front of a line when waiting for said elevator or subway train despite the massive queue. In the city streets people just barrel their way through whatever they need in order to get to where they are going. Thefts are also extremely common as you can spot the trendy backpack-in-front look in any subway station. Luckily for me and my genetic mutation I am probably at least in the top 1st percentile of “biggest Chinese person” here so I haven’t gotten lost in any crowd. As a friend once said to me, while we fought our way through some mass of people somewhere, “there’s a reason why God gave us elbows.” I have kept this phrase with me since because I thought it was hilarious, unfortunately the rest of the Chinese seemed to have as well.

Now, imagine this public street etiquette put into cars. If you picture a mess, you nailed it. I once almost got hit by a taxi in NYC during St. Patrick’s day and in that moment questioned all of humanity and morality. Here, running from cars and trying not to get hit is like breathing. A necessity that comes with walking anywhere. It is socially acceptable to run red lights and speed up on crosswalks even while there are people crossing. "Ten points if you hit that person!" is a little too real here. Not to be critical, but it’s as if they teach you in driver’s ed to simply honk your horn when you want to do something illegal, such as drive on the other side of the road to pass someone in front of you, speed up when you see a person crossing the road, make a gentle left turn as six lanes of oncoming traffic approach you, squeeze your way in to make a 4-laner a 5-laner, etc. etc. And who says Asian drivers are terrible! I have never seen such great reflexes in action and am genuinely impressed that I have yet to witness some horrible car accident, as every road, including highways, is always a hot hot mess of cars, motorcyclists, bicyclists, three-wheeled-carts (三轮车s, they're a thing), and rogue walkers. It's like afternoon crew practice, or a Saturday morning basin row, on the Charles in the spring. When the entire BLS fleet is out. And all the CRI novices. But worse. As one of my friend’s mum once said, while sitting in Obama traffic on Martha’s Vineyard one glorious summer day, “This is what you call a cluster-f-*-c-k.”

This is the hustle and flow of Shenzhen and Xingning city life as I have experienced thus far. Hopefully tomorrow I will get a breath of fresh air as I will be heading deep into the mountainsides to a small, unmapped town. Tomorrow is the first big filming day! 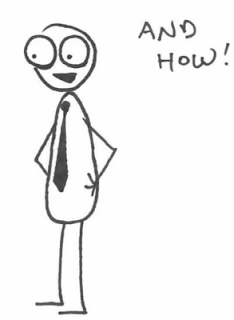 For now here are some more fun facts: